No Widgets found in the Sidebar Alt!

No Widgets found in the Sidebar Alt!

When God’s nudging you to do something, does it sometimes feel more like skiing off the side of a mountain?

While skiing last week, there was this blue run called Free Flight that Jadyn and I said we’d never do. It was one of those runs that, when you’re at the top, it looks straight down. (Jay assured me it wasn’t, but I’m still not sure I believe him.)

To my horror, Jadyn decided she’d try it on the last day.

I rode the lift with them, but I planned on taking an easy green down while they attempted Free Flight. We all stopped at the point their path split off and looked over the edge. Jadyn got a little scared, so Jay showed her what to do and talked her through it. As I listened to him coach her, I decided I wasn’t going to let them outdo me, so I stepped over the edge too.

Jay explained that by maneuvering side to side, we’d control our speed down the mountain. I was trying to gain the courage to turn my skis the first time when I looked up and Jadyn was gone. She’d gotten tired of trying to turn, so she aimed her skis downhill and took off. Meanwhile, I was contemplating climbing back up the mountain to the safety of the green trail.

No turning back, I attempted to shift my skis right and fell down. No big deal. I stood up, listened to Jay’s coaching, and managed to maneuver through a few turns before going down again. But this time, I started sliding out of control on my butt backwards down the mountain. It didn’t hurt, so I was laughing and happy to be getting further down the mountain! However, since I was heading towards some trees (I had no clue), Jay skied ahead to stop me.

We tightened up my right boot hoping to give me more control, and, miraculously, it helped. I skied the rest of the way down ever so slowly.

That night, I realized that run was a lot like when God nudges me to do something hard.

The path he wants us to take sometimes looks like we’re flying off a steep ledge. It’s scary to step over the edge. The safe path is much more appealing. But if we play it safe and refuse to follow, what will we miss out on? A blessing? A God thing? Being there for someone who needs us?

Once we take that first step, just like Jay coached me on how to get down that steep incline, God will show us how to navigate the path he’s asking us to travel. And, just like Jay stopped me, God will be there to steer us back on path if we start heading toward the trees.

Then, I thought of how I’ve traveled difficult paths in the past. Sometimes I pull up my big girl panties and head straight at it, like Jadyn headed straight down the mountain. Other times, I let fear cripple me. I delay or don’t listen. Then, I might fall a few times and have to get back up and try again.

We probably need to be somewhere in between. Going headfirst into something can be dangerous because we might go so fast that we don’t hear God’s coaching or miss something he wants us to see. But if we let fear paralyze us, we might miss the same things. If Jay didn’t have to wait on me, he would’ve skied Free Flight the right way—not fearful, but steady and in control.

The next time God asks me to do something difficult, I’ll try to remember Free Flight! 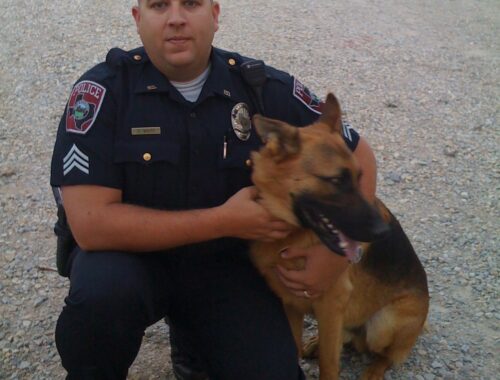